When my poor, beloved R6 finally gave up in 2011 I had an opportunity to buy a liter-class bike for the first time. I had dreamed of owning an R1 years before, only to be diverted to an R6. I had made an effort to purchase a 2005 GSX-R 1000 in 2009, but had decided it wasn’t a sound financial decision at that time. All of my friends had liter bikes, and they wouldn’t let me forget it. They’d simply walk away from me on straightaways, and while I could catch them in corners I always felt like I wasn’t a member of the cool kid club until I had my own thousand.

I landed on the Honda CBR1000RR because it was, at the time, the most advanced bike around and it allegedly felt like a 600cc bike in terms of size and weight. I found a new noncurrent 2008 model in Issaquah at I-90 Motorsports and immediately bought it.

It was bright yellow, clean, and everything I wanted in a motorcycle. I still have a video of my first ride on it, riding scared because I was totally intimidated by the fabled power of a liter bike. I still remember the noise it made under heavy throttle. It wasn’t a shout or a scream, but rather the whine of what I can only imagine was the fuel pump or air intake.

Full of confidence I decided to do a Taste of Racing at a local track during the racers’ lunch break. I made it 3 laps before I lowsided it into turn 3b at Pacific Raceways. 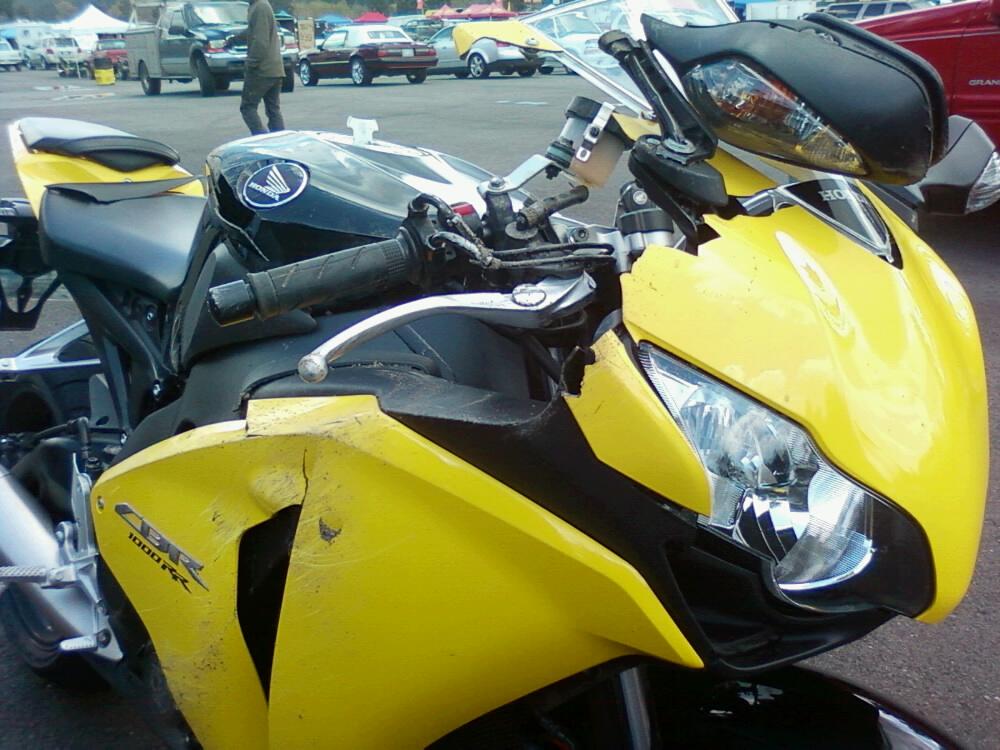 Sufficiently humbled, I went home and spent an obscene amount of money on replacement parts and upgrades. I ordered a new engine case, new fairings, new foot pegs, and various other items in a vain attempt to make the bike pretty again. It was not to be. The fairings never fit right, leaving the poor machine looking like hell. The replacement fairings were cheap plastic and promptly broke, cracked, and melted.

A few months later, on a ride along the Washington coast, the fairings departed the motorcycle at 150mph, leading to more parts purchasing and more misguided attempts to make the bike pretty again. This time I wised up and bought stock fairings to replace the parts that had blown off. It was in this iteration that it was to remain for the rest of its days.

It may be partly due to the long list of cosmetic issues I caused, but I never loved my CBR. I always liked it. I enjoyed riding it. But I never loved it. It was boring to me in many ways. The dyno sheet showed a straight line of torque and horsepower, which led to it feeling like it had no personality. My R6 always felt like it was trying to sneak in 5 extra miles-per-hour, but the CBR just did what I told it to do.

That may seem like an asinine critique of a machine that is capable of propelling its rider to speeds approaching 200mph, but bland predictability never inspires passion for me. I’m sure it would be a fantastic race bike, and for riders less prone to thrill seeking it’s probably the perfect road going liter bike, but not for me. I can’t say I was too sad to see it go, and didn’t even inquire about buying it back from the insurance company.

That phase of my life had ended, and I knew it..

This picture was taken the last day I rode fast on the street.