Then it was back to loose fist sized gravel with sharp edges for the next 15 miles or so. At some point I entered a bird sanctuary where I saw a friendly Game Warden cruising along on his ATV. He looked to be having a better time than I.

Eventually that road spit me out in Wenas Valley, which is kinda what I would imagine the Garden of Eden looks like. Even the cows there showed me the courtesy of not smelling up the joint, as if to admit that they had it so good even they couldn’t fathom tarnishing the land.

At this point I was pretty tired, but still feeling good. While backpacking and leaning over a race bike both hurt pretty badly these days, riding upright wasn’t causing me any pain. I was getting tired, it was already 5pm, and I had the option to bypass the next stretch and just take a nice fast gravel road that I had ridden before to Ellensburg. I decided against it, as I had come this far and would feel like I had failed if I couldn’t finish the whole leg. In hindsight this was a mistake, but more on that later.

Ascending Umtanum Ridge was, for the first few miles, a dream come true. The road was packed sand with only mild rutting. I was making good time and in good spirits.

That ended pretty quickly. After those first few miles the road became very steep and rocky. Like “I’ve got both brakes locked and have been sliding backwards for 10 feet” steep and rocky. Knowing that my uphill skill set is much more refined than my downhill I had to face the fact that after the first steep hill I really had no choice but to move forward. I slogged my way up the hill for another hour, cursing more than a little, but keeping everything pretty much together. Even on the last uphill of the ridge, which is a bear of a climb that I actually got off the bike and walked to plan my course up. At the top, tired, sore, soaked in sweat, with the sun low in the sky I was again rewarded for my efforts. 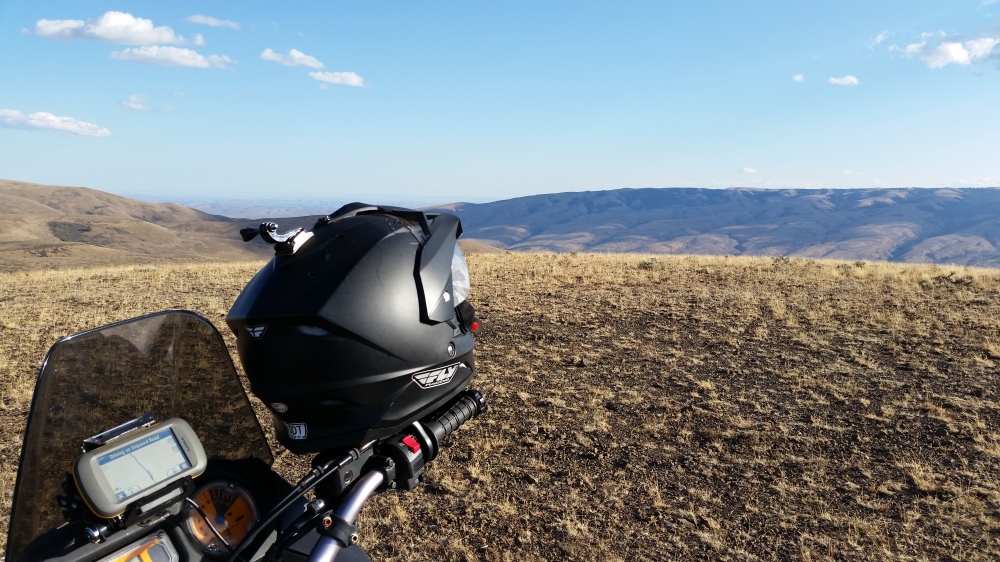 Descending Umtanum was mercifully easy, with only one 200 yard section that was difficult. Eventually it evened out to the logging type road I had expected all along.

Riding back into Ellensburg was a mighty relief, so I rewarded myself with 5 tacos from my all time favorite taco truck, along with a Mexican coke.

Now for the lessons:

Overall I had a great time. I’m happy I went, and I’m even more happy that I learned all these lessons the easy way. The whole trip was nothing but breathtaking views, so that’s the note I’ll finish on.