In life, it is understood that good friends don’t exactly grow on trees. It is an absolute rarity to find someone you can spend long stretches of time with without arguing and screaming at. I am lucky enough to have such a person in my life. His name is Jordan, and we went on a roadtrip.

We’d been talking about going on a trip together for ages, but decided that this year was “the year”. Once that had been determined all that was left was logistics and planning. We made up a list of places we wanted to visit, created a rough outline on Google Maps, weighed options, and ultimately landed on a route that satisfied both of our checklists of activities and sights.

Seeing as he lives in Portland now, and I’m still up in Washington, I had to head out at 4am in order to get a head start on traffic. After a near miss deer encounter along the road near my house I was away on our trip of trips.

After an uneventful trip south to Portland I picked Jordan up and off we went down the Columbia Gorge toward Eastern Oregon. There was many a beautiful sight along the way, and we didn’t hesitate to stop and enjoy them when we wished to do so.

We were particularly entertained by the Umatilla munitions depot as we drove past it. Seemingly endless bunkers of chemical and biological weapons, relics of the cold war. Terrifying to think about, but there they were.

We decided to aim for Boise, because it was kind of a natural end point to the day. I had been driving for roughly 14 hours and was ready to relax, eat dinner, and go to sleep.

We found a Flying Pie Pizzeria that served both delicious pizza and beer, so we decided to walk to it along a bike/pedestrian path through town. It was about 3 miles each way, but the walk was remarkably pleasant. We walked along a river, watching people kayak through man-made rapids and noticing that every bicyclist we encountered was polite and warned us they were about to pass us. 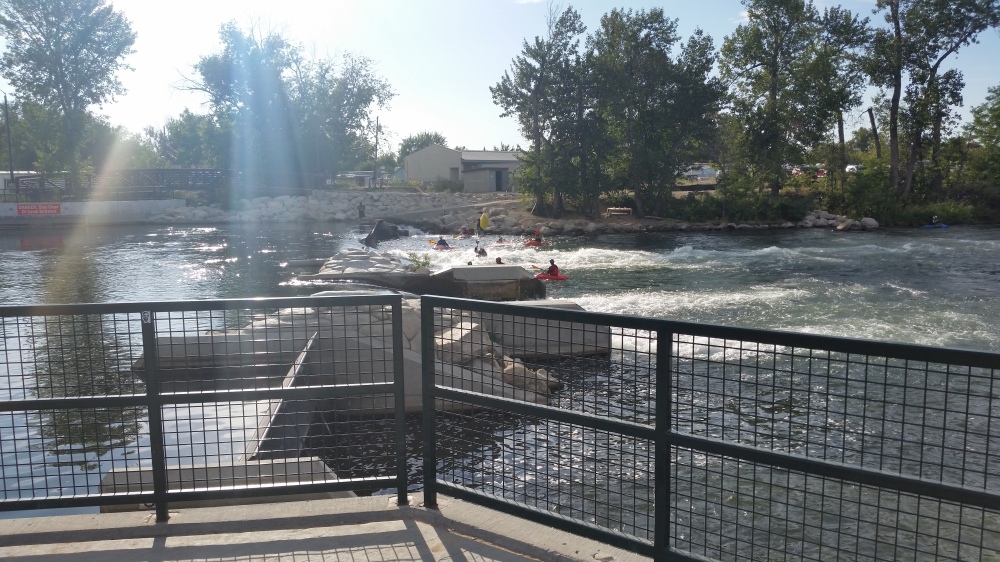 In all, I was shocked at how much I liked Boise, but we had to leave it behind in order to continue on our journey.