Since I was 20 years old and saw my first road race I knew I wanted to go racing. In 2014 at 28 I got the opportunity. After scrimping and saving for months on end, I bought race bike from my buddy Keegan. It had been his old race bike and as we’re friends he let me buy it for a screaming deal. Knowing that he wouldn’t intentionally sell me a lemon, and that I’d be able to pick his brain about the bike at pretty much any time of the day going forward, I leapt at the deal. 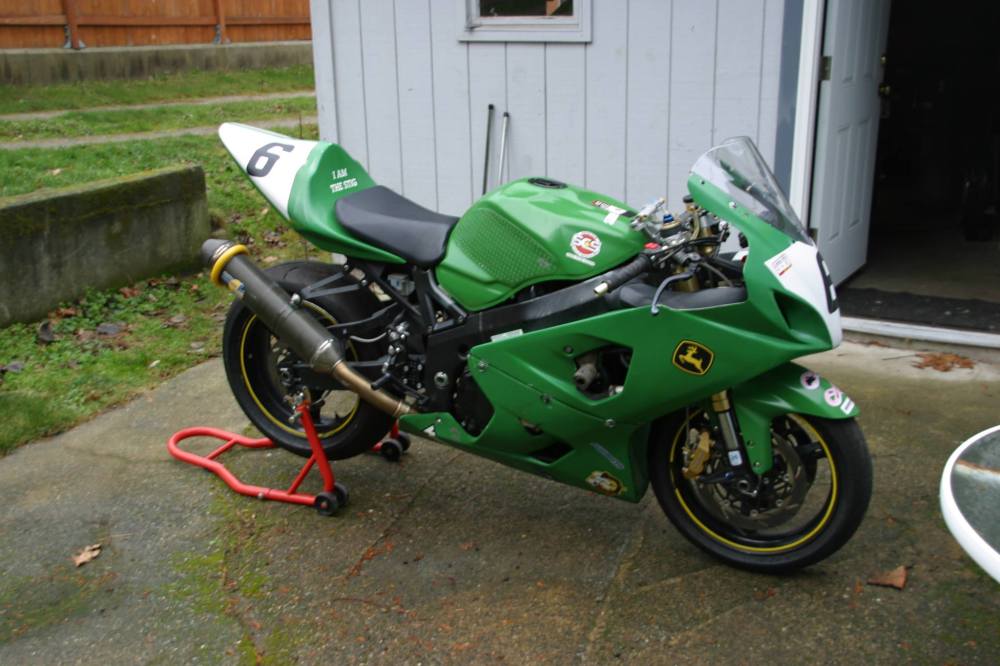 Just before my 20th birthday I bought a 2006 R6 brand new in the crate. It was love at first sight. I ended up putting 84,334 miles on that bike before I blew the engine, then another 15,000 on a 2008 CBR1000RR. I spent most of the last decade without a car, using bikes to run errands and commute. I’d always wanted to race, but it was never financially feasible. After years of hooliganism and more citations than I care to count, I decided to clean my act up and go racing the right way.

I had always built up the expense of the bike as being my biggest obstacle to racing, but I always knew that there would be other pieces of equipment and fees between me and my first race. I didn’t quite anticipate how many, though. Between licensing (~$200), Novice Race School ($250), tire warmers, stands, easy-up tent, fuel cans, new helmet, new boots, race suit, gloves, back protector, tires… The list goes on and on. The old joke about racing goes Q. “How do you make a small fortune in racing?” A. “Start with a big fortune”. 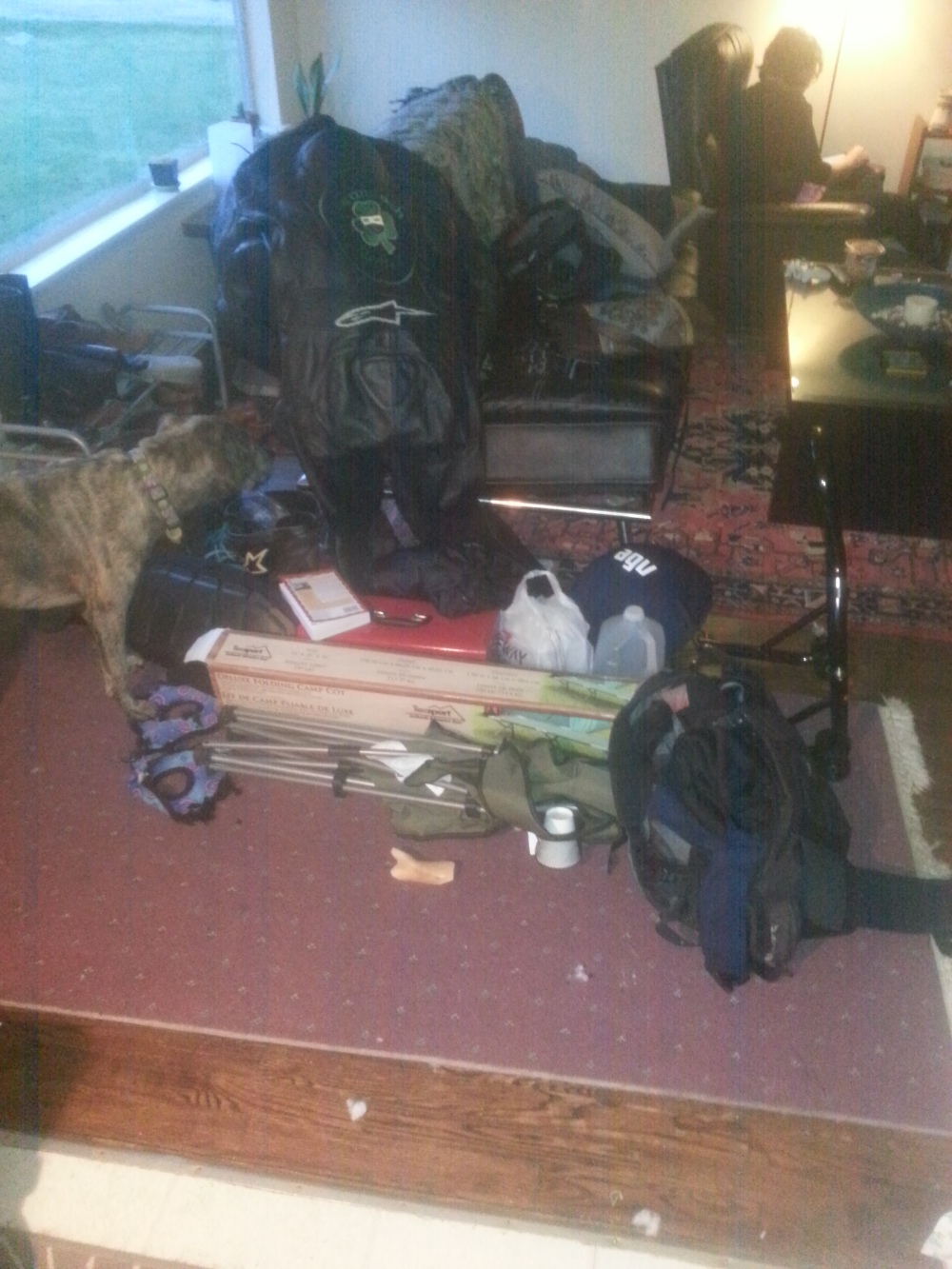 After buying all of these things I still had three months of waiting before I could get on the track. They weren’t short months (except February, which is kinda short). I buried myself in my work and forced myself to wait it out.

Before one gets to race, one must undergo training. That training comes in the form of Novice Race School, where you learn race etiquette, get comfortable on your bike, and pick up new techniques to make yourself faster. After being paired with the owner of the school all day, I had a much better grasp of racing lines and braking markers. Novice Race School takes a full day, with 40 minutes of classroom instruction followed by 20 minutes of riding every hour from about 7am to 5pm. By the end of the day I was drenched in sweat and completely drained mentally. I was so tired that I didn’t fully grasp how much fun I’d had until I called my mother and told her how the day went. I couldn’t stop smiling. NRS was exhilarating. 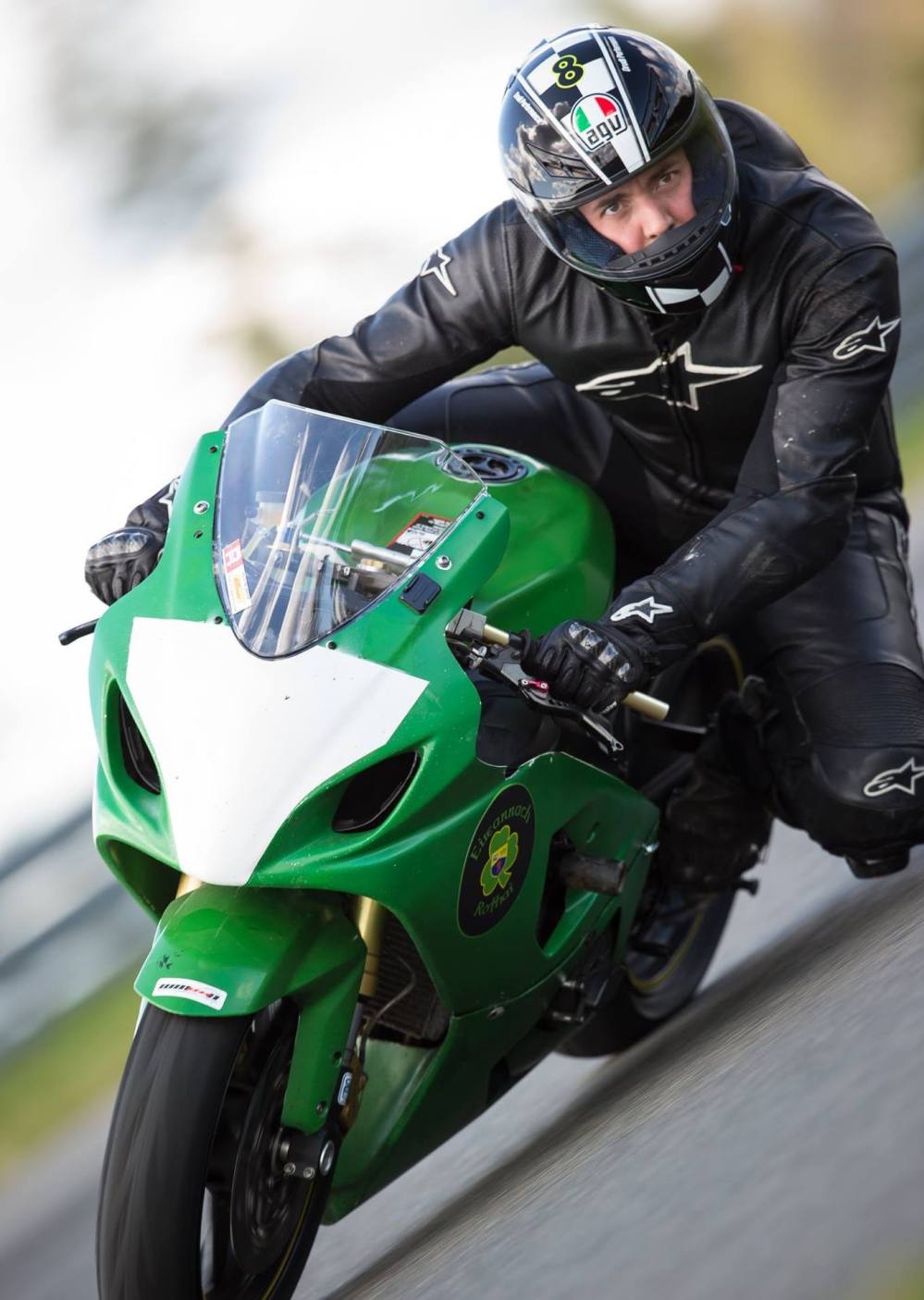 NRS done, I had to wait a few more agonizing weeks before my first official race. Time has never moved more slowly.

The day finally came where my teammates were to pick me up and take me to the track for my first race. Both Joe and Dave had raced the year prior, so they knew the drill. I, on the other hand, did not. We arrived at the track a little after midnight and had to set up our pit for the next morning. 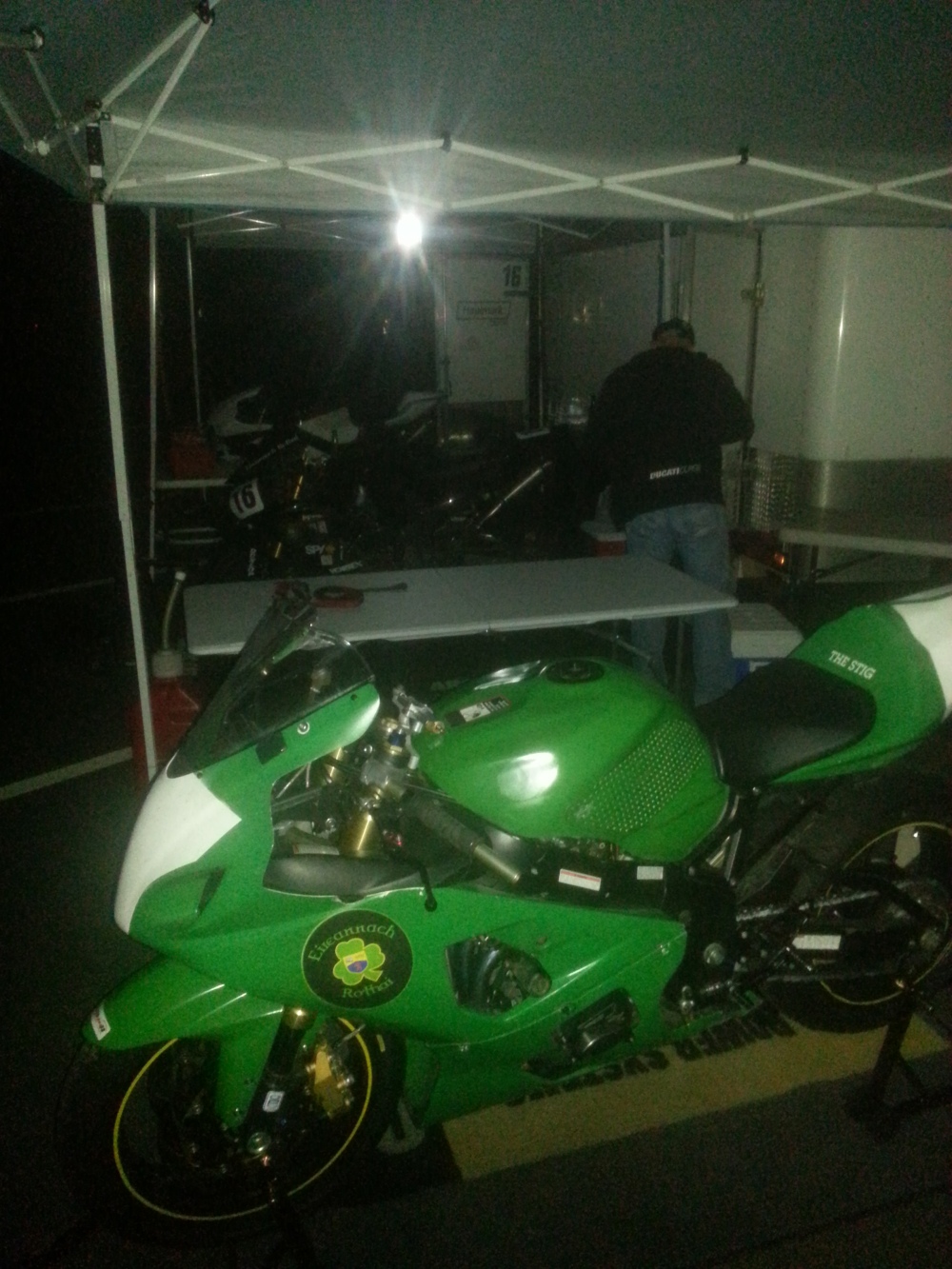 After setting up the bikes and easy-ups in their proper places, we retired to bed at about 2am. This is about the time I realized that I hadn’t packed a sleeping bag for the weekend. The 40-something degree night was terribly cold for me laying on a cot, so I ended up getting only about an hour of sleep. In case you’re wondering, that’s not exactly the amount of sleep you want under your belt when you’re about to be operating a motorcycle at the limits of your skill set.

After my sleepless night I reported to the rider’s meeting and listened to the review of the flag system and report on track conditions, then suited up for my first practice session. 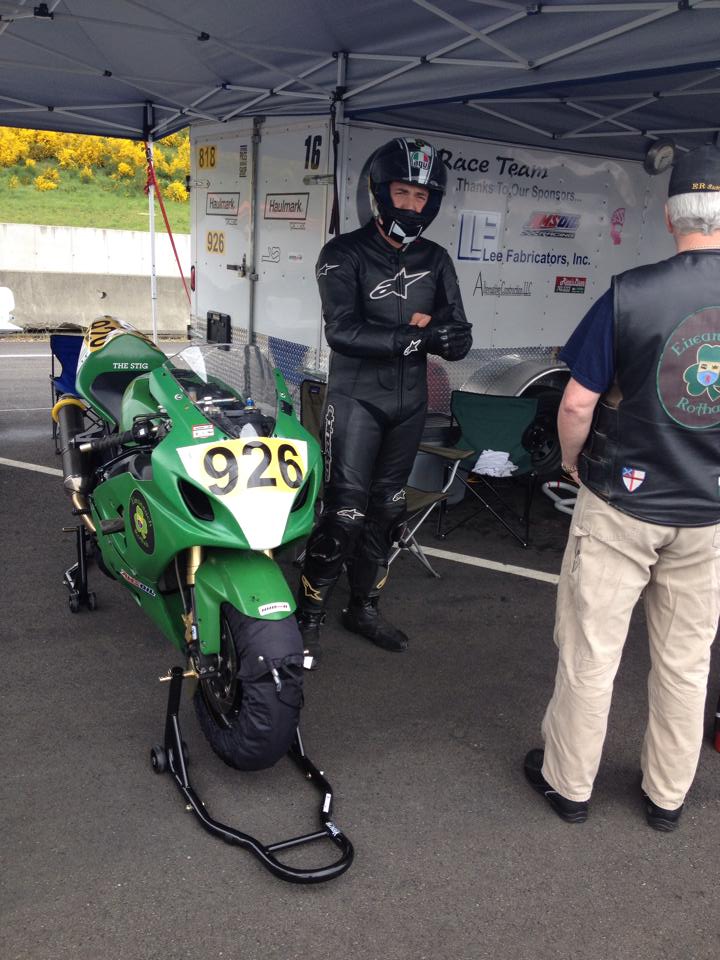 My first practice session was the first time I had even been really comfortable at The Ridge. Knee down in every corner, trimming seconds off of my lap times, and coming to the realization that this was what I’d been working for over the last several years.

After finishing the first practice session I was feeling much more confident. Comfortable on the bike, comfortable with the track, and confident in my skills. It was going to be a good day.

Practice session 2 was more of the same. I got off of the track after session two, checked my tire pressure, made sure my tire warmers were set up, and tried to calm my nerves about my first ever race which was quickly approaching.

For whatever reason, the part that concerned me all these months was this portion. I’m not scared of going fast on a motorcycle, I’m happiest competing, and I was exactly where I’d worked to be. I didn’t know how to cope with it ahead of time. I wound up wandering off with my headphones and listening to classical music for whatever reason, trying to calm myself down.

Finally, the time had arrived. I went racing. 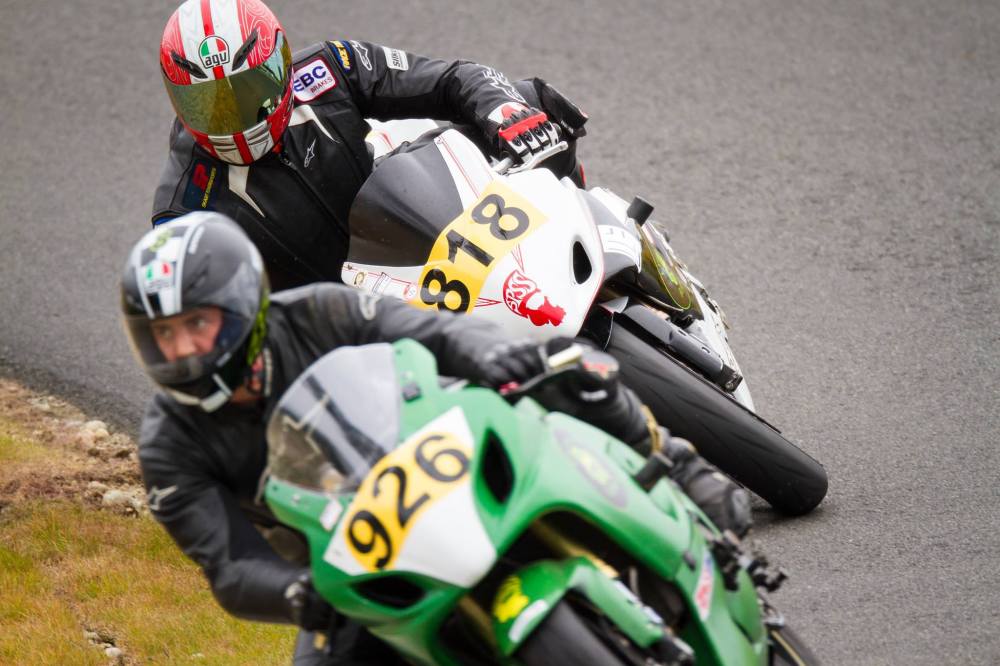 Trying (unsuccessfully) to hold off Dave

There’s really nothing to say about that. It was a motorcycle race that I took part in. I didn’t come in first. I didn’t come in last. I got the opportunity to race against a teammate for several laps before the race was red flagged for a major crash.

Rolling around on the red flag with my left hand in the air to indicate inactive riding I was ecstatic. I had competed and completed a legal, legitimate road race.

Things to keep in mind if you want to go racing: