I have a vivid memory of the exact moment I decided to buy a motorcycle. My friend Sophie and I were driving down the Old Redwood Highway at about 2am when I saw a single headlight behind me. I was speeding, and as I didn’t want to take a chance that it was a motorcycle officer behind me I immediately slowed down to the speed limit. After about 2 minutes of me plodding along at the speed limit I looked in my mirror to see that the motorcyclist wasn’t there anymore. Suddenly there was a blur and a loud noise as the rider passed me at about 100mph on one wheel. I was hooked, and my life has never been the same.

I developed, in that instant, a nearly obsessive drive to own a sportbike. They were sleek, aggressive, and rebellious. Perfect, in my 19 year old eyes.

Months later, when I finally had the means to acquire a bike, I drove to Renton Motorcycles to acquire what I had set my sights on 6 months before.

The salesman seemed suspicious. “Is this your first motorcycle?”

The salesman laughed, called his fellow salesman over, and they both told me that I was an idiot. “I’m not going to be the person responsible for you getting on that bike. I have to sleep at night. I’ll sell you an R6, but the R1 is too much bike.”

Crushed, I decided to give it some thought. If I was careful, I reasoned, it wouldn’t matter how fast the bike was capable of going. Then again the salesmen both seemed pretty confident that I’d end up dead in short order on the R1.

A few days later I returned and bought an R6. It was without a doubt one of the top 3 best decisions of my life.

When I first saw her a couple of days later she was the scariest thing I’d ever seen. Black, menacing, and loud. I stalled three times on my way home from the dealership because I didn’t realize that first gear was below neutral and kept trying to start in second gear. Regardless, I was totally smitten.

I had to wait three weeks before my Motorcycle Safety Foundation Basic Rider Course and the endorsement that came with it. Since I was working overnights at a warehouse in Seattle at that time I would work my shift, drive home, then tear around Maple Valley and Green Valley Road in Auburn during the day, since without an endorsement I couldn’t ride in the dark.

I still remember when I hit 1,000 miles and was able (according to the break-in manual) to rev it to the redline. I’m not sure if I’ll ever be that excited again. The noise, the smell, the sensation of this machine trying to escape from my grasp… It was like nothing I’d ever felt.

Over the next five years I rode that motorcycle 84,334 miles. I learned about maintenance, I met people that were to be hugely impactful in my life, and I learned a great deal about myself in the process.

I will write about this motorcycle with a reverence normally reserved for minor deities. It changed my life in so many ways, nearly all for the better, that I can’t help but tie most of the things I do today to experiences I had atop that bike. 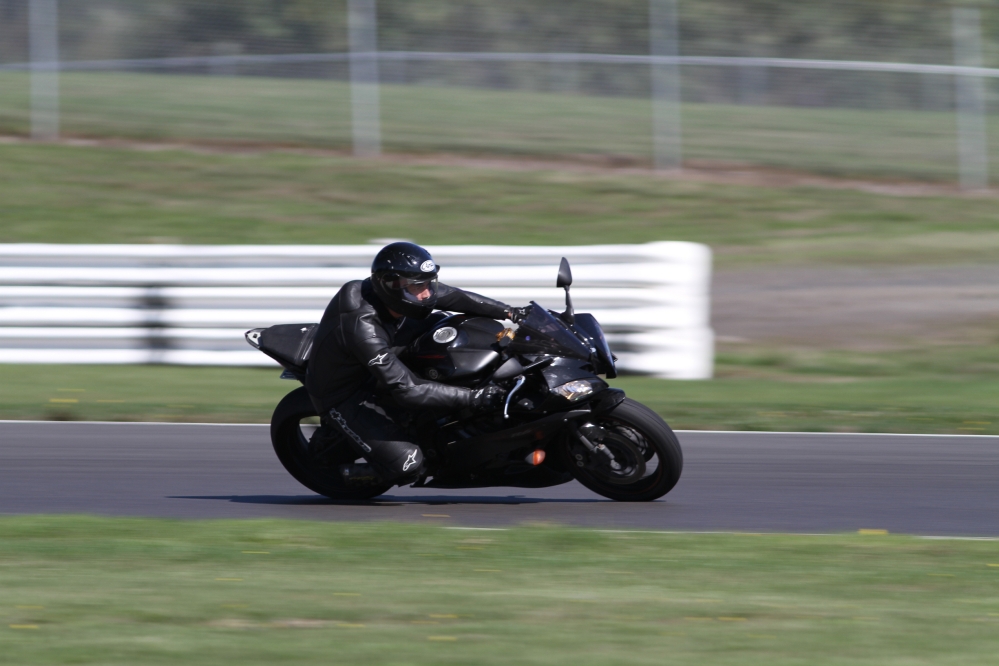