Waking up on day 4, I was a cold, cranky mess. It was 32 degrees and I was slightly hung over. It wasn’t a good start. I countered this by breaking camp in the way Boy Scouts taught us: quickly, efficiently, and with little regard for how well I could feel my fingers. Jordan, being the hero that he is, had started jetboiling the blackest coffee on earth for us to consume.

We made a foray into town for breakfast, where we both loaded up on carbs and additional caffeine. Then it was time. We finally began the ascent into Rocky Mountain National Park.

After paying our entrance fee and narrowly missing photos of the herd of elk that crossed the road in front of us, we weren’t exactly taken aback by the beauty of our surroundings. In truth, the scenery wasn’t much better than Snoqualmie Pass or the more boring parts of Yellowstone. 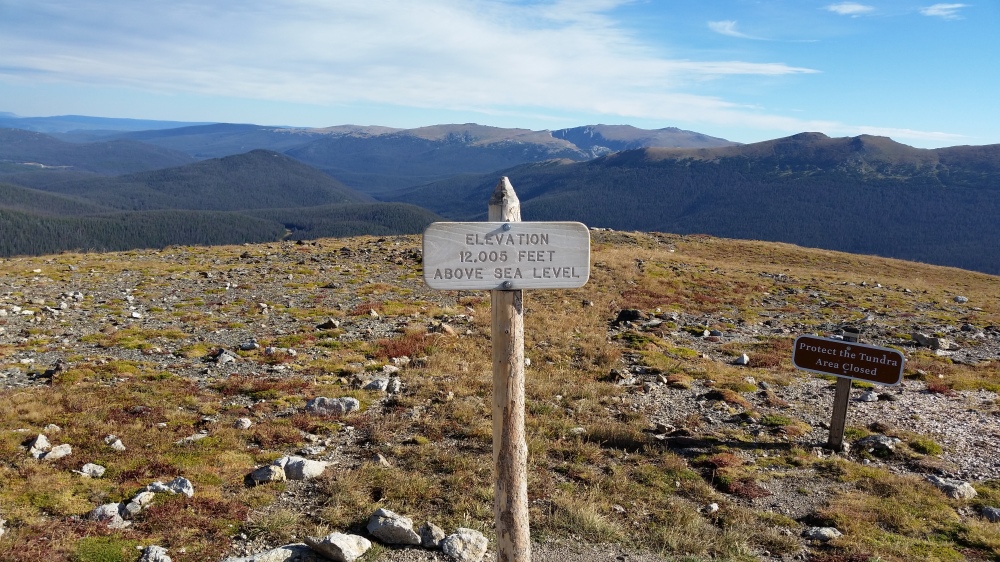 After climbing some stairs to the 12,000 foot marker, then buying a fleece pullover, we drove to the next area with trails and meandered around a bit. It was very cold due to the altitude, but we weren’t dissuaded from climbing rocks and walking long distances for no apparent reason.

That done, we decided it was time to drive to the hike we had planned out that morning. Our intention had been to hike early in the day to avoid weather issues, but we had been sidetracked by the many views and things to do along the way. When we finally got to the trailhead the thunderheads were building in the distance. We both knew that it was a bad idea to be on a dry hillside in a thunderstorm so we decided to play it by ear and see how far we could get before we got uncomfortable. 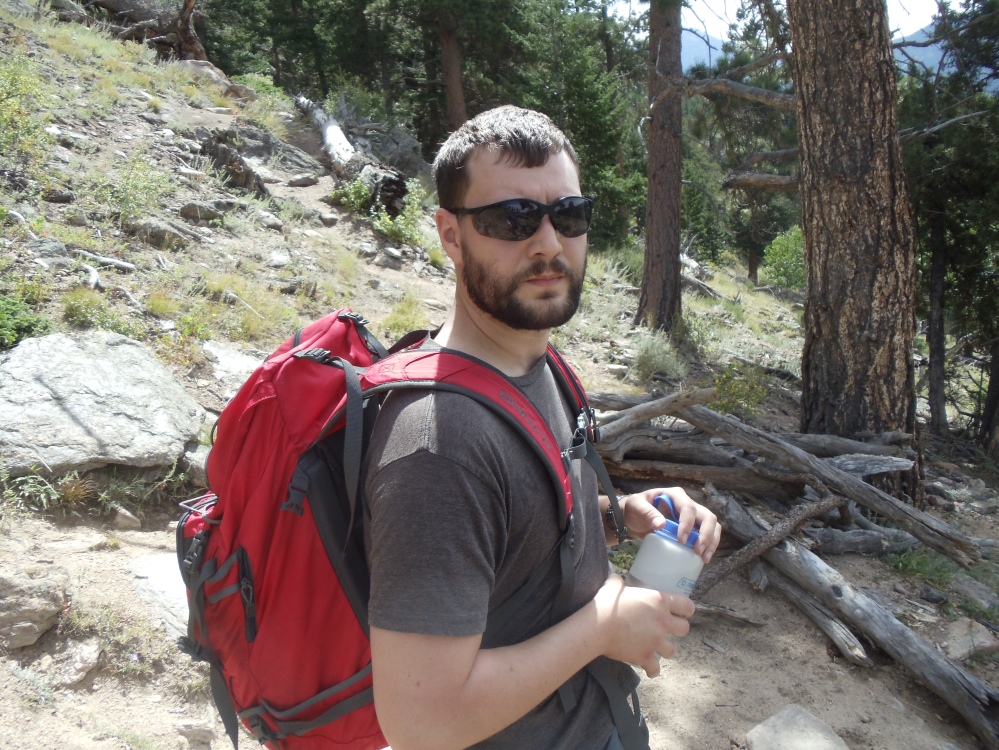 First off: hiking at 10,000 feet is an absolute pain. So much breathing, so little air. That we were climbing a thousand feet in 3 miles probably didn’t serve to help us very much. Ultimately we made it to the top of the hill in time to see that the weather was changing and it was time for us to skedaddle. We were probably 300 yards from the end of the trail, but both of our spider senses were tingling that it wasn’t a safe place to be. Fire races up hills like this, and with how dry the land was it wouldn’t take long for us to get in way over our heads if we weren’t careful.

On the way down the hill we warned several other parties of the dangers we saw, but none of them took heed. As we pulled away from the trailhead (where there were several posted warnings about this very thing) we watched numerous other people walking toward the trailhead with not so much as a polybottle or raingear. Amateurs making dangerous amateur mistakes.

Our time in RMNP done, we started the drive to Fort Collins, CO, and the worst Motel 6 on earth. We pulled in and both immediately had second thoughts. There were tweakers drawing in coloring books by the pool, someone with a face tattoo obviously dealing drugs to a unit in the motel, and a 6-8 year old girl just wandering around without a parent. It was bad. So bad that we debated leaving and forfeiting our $115 room fee. We ended up deciding to stay, but needed a couple of beers to calm our nerves.

We went into Fort Collins proper to find a meal, but despite its reputation as one of the microbrewery capitals of the world beer was remarkably hard to find. After much cursing and dismay at what we had built up in our heads, we stopped at the first brewery we could find that wasn’t throwing some grandiose party. We had a super friendly server that gave us excellent recommendations for both food and beer. After all of our other experiences in the Fort Collins areas, she was an oasis in the desert. Of course, she was from Nebraska.

We went back to the hotel, demanded a refund for the non-functioning wifi, watched a few episodes of Top Gear, and went to bed. Little did we know that this was the last rest we’d get for a very long time.