Our fifth morning was understood to be a working morning. We had to drive from Fort Collins, CO, to Badlands National Park in Wall, SD. Since we wanted to get out of Colorado as quickly as possible and fit in as many states as we could into our trip we also planned to go through Nebraska. For being a “work” day, it was surprisingly full of fun and notable experiences. It was also a 40 hour day, but more on that later.

We departed as early as humanly possible from that god-forsaken hellhole of a Motel 6 and got right onto the freeway headed for Nebraska by way of Wyoming. Nothing much of note happened for a while, as we were short on coffee and energy, but we did keep seeing a disconcerting number of missile silos along the side of the roadway. 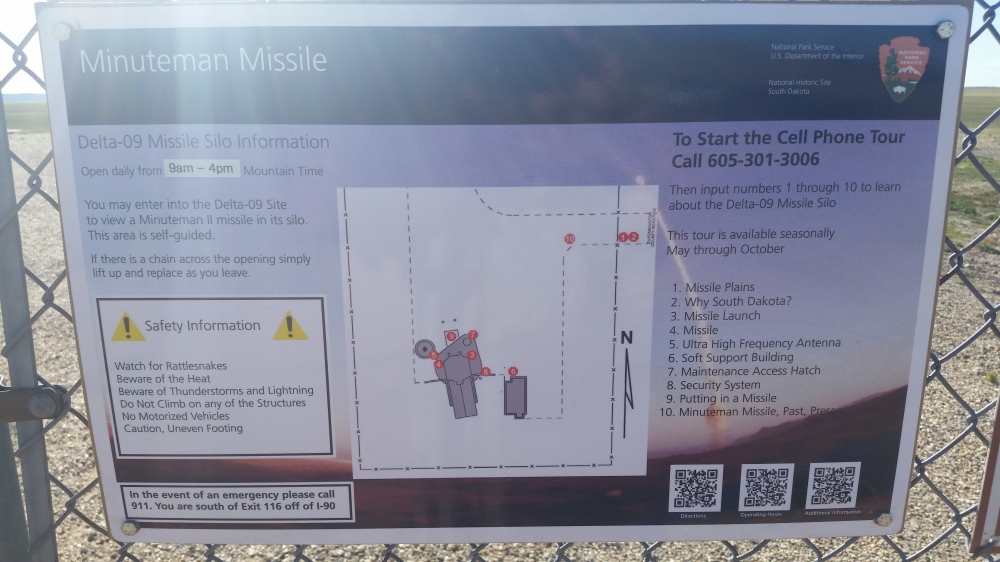 I’m afraid to say that I don’t recall the specific route we took, though I’m sure Jordan and I could figure it out if given some time. What I do remember is that I really enjoyed my time in Nebraska. It was pleasant and the people were all very friendly and helpful. The polar opposite of our Colorado experience. Thanks, Nebraska. 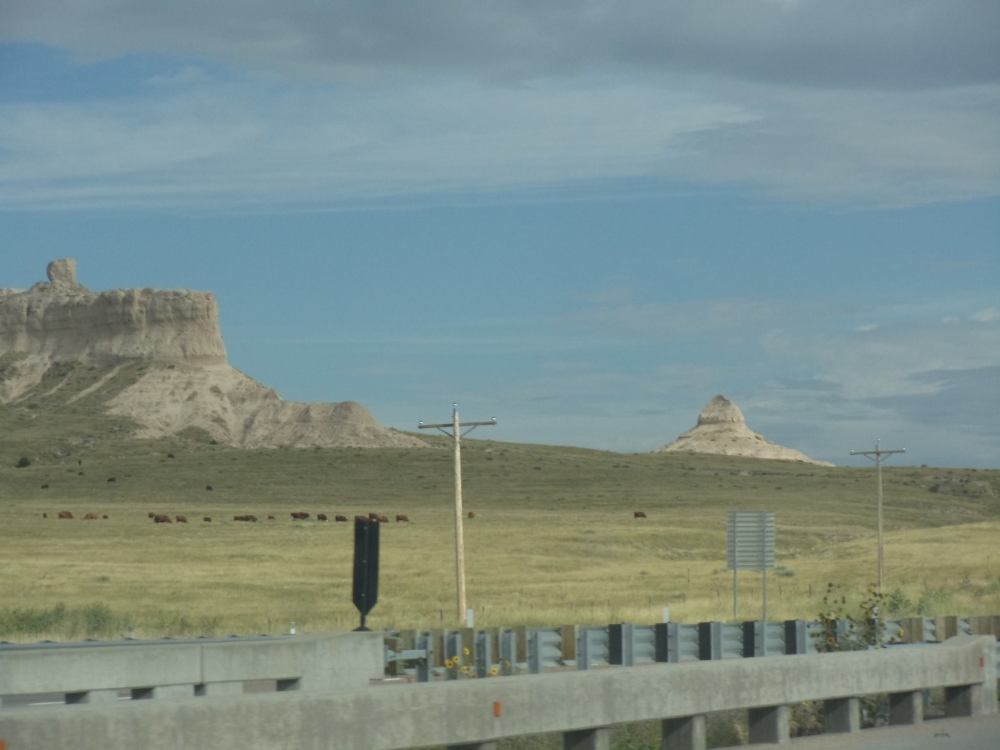 After some number of hours of listening to Louis C.K., drinking gas station coffee, and eating the worst gas station food imaginable, we finally entered South Dakota with four goals in mind. We wanted to see Mt. Rushmore, the Badlands, Wall Drug, and Deadwood. All four would happen, but not the way we anticipated.

First we went to Mt. Rushmore. Well, to be more precise, we drove past Mt. Rushmore after realizing that parking was ten dollars and that it was nothing but a tourist trap. The city below is basically a factory for separating tourists from their dollars, and we wanted no part of it. We drove past the monument, turned around, and drove at least twenty miles until we stopped at an all-you-can-eat pizza buffet. 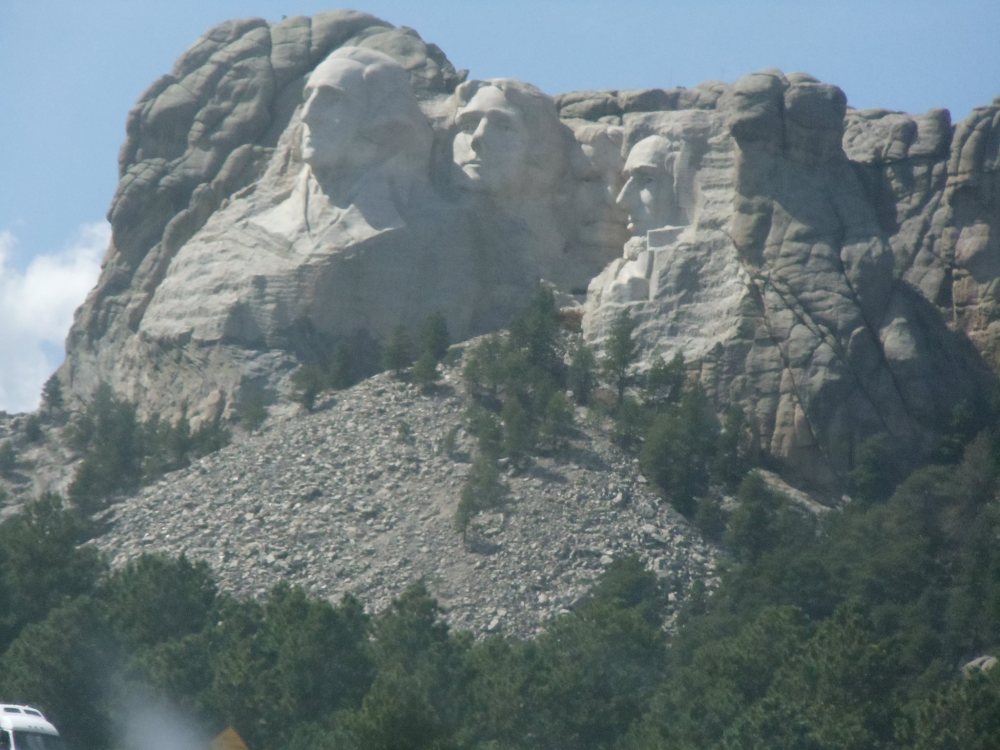 After we finished our lunches we were back on the road to Wall, SD. Every once in awhile you’ll see a bumper sticker that reads “Where in the heck is Wall Drug?”.  I can now answer that question. I can also say with absolute certainty that I will never need to visit it again. Just another tourist trap. I admire their dedication to advertising along roadways, but as an experience it just wasn’t for us. 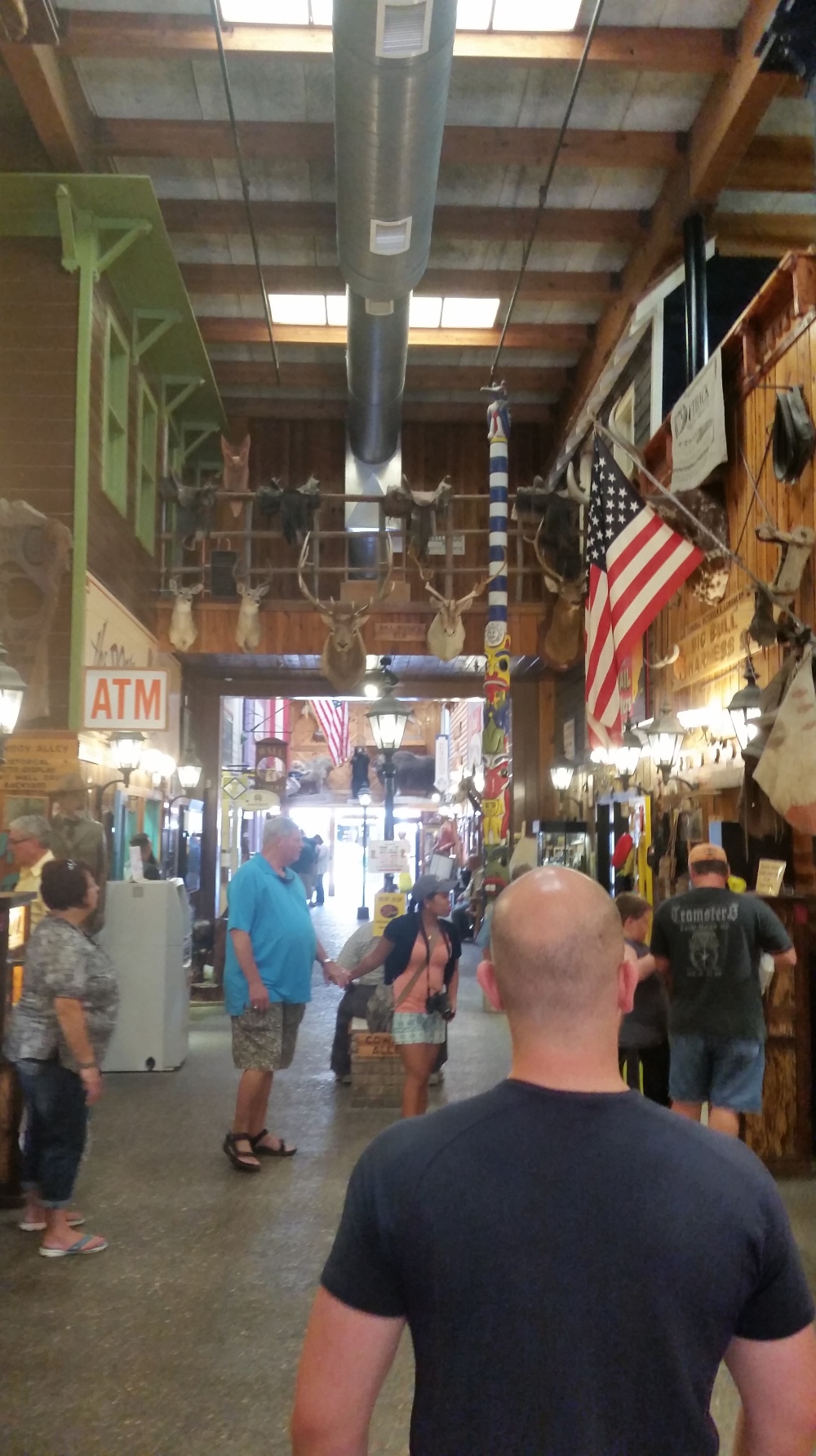 We departed for Badlands, but accidentally took a wrong turn and ran into one of the cooler side trips of our journey. We saw a defunct missile silo that was open to the public with a former missileer teaching visitors about the finer points of thermonuclear war. It was intense, sobering, and very interesting. 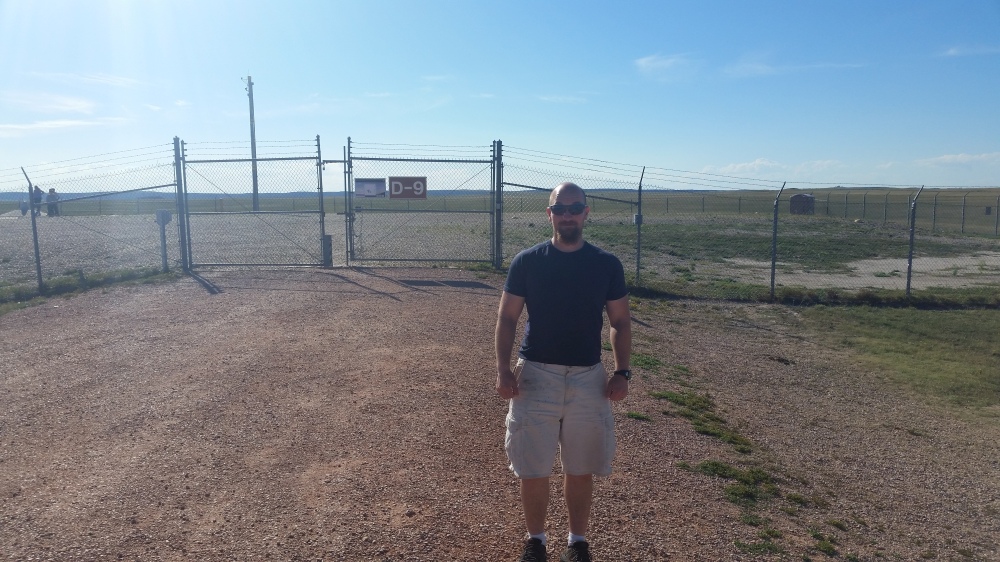 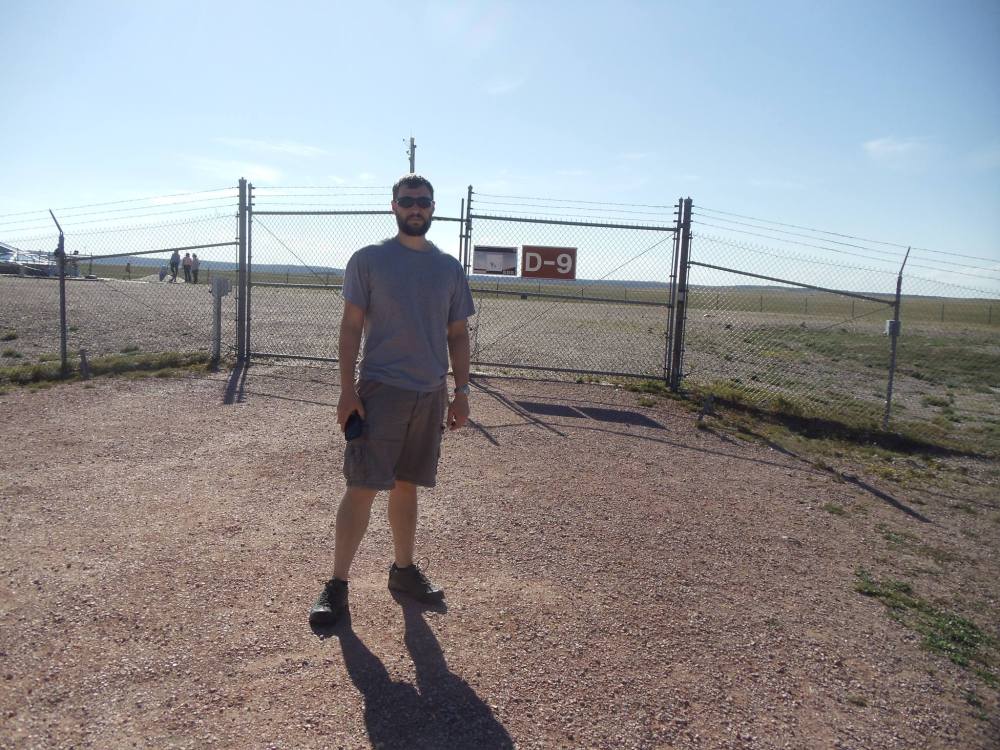 Just down the correct road, though, was something we had been looking forward to for months. Badlands National Park. I don’t have much to say about it beyond that it’s definitely beautiful and that it’s something everyone should take the time to go see. 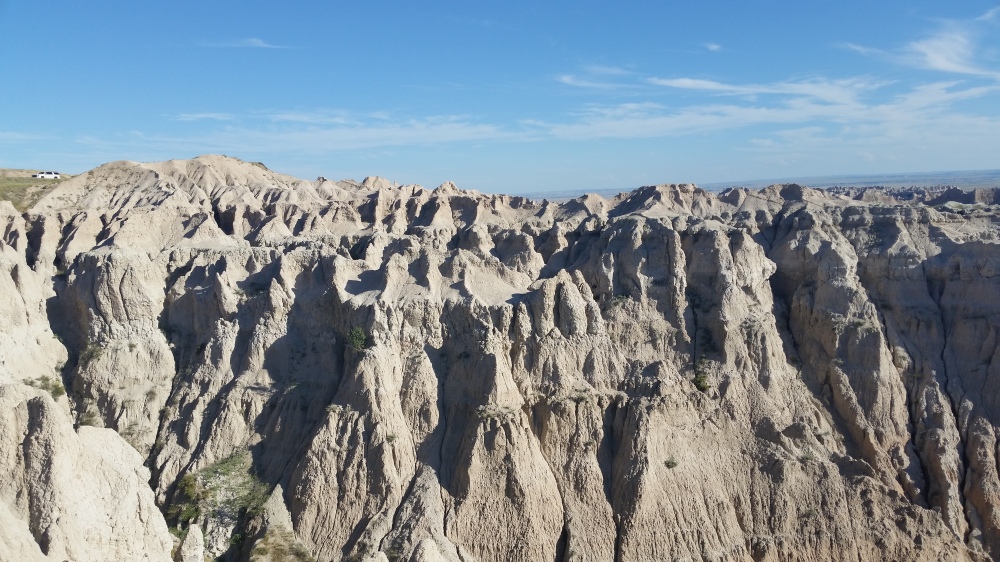 It was also our planned stop for the night until we realized that we’d have to drive 15 miles down a dirt road at dusk for a chance at staying in a first-come campground. We immediately thought better of it and regrouped at a gas station. After a brief discussion and exploration of (nonexistent) lodging options, we resigned ourselves to the fact that we would be best off driving overnight to Bozeman, MT, and taking an extra day off there rather than trying to sleep in a rest area.

I was still insistent that we drive to Deadwood before embarking on what we both knew would be a rough night. My grandfather grew up in South Dakota and used to party in Deadwood, so I wanted to see what it was like, if only briefly. In the end, it was an extremely brief stop that was wholly uneventful. I’d like to go back and dedicate a day to Deadwood sometime, but that wasn’t in the cards that day.

With a decision made that was borne of years of tackling problems with the same tenacity in Boy Scouts, we refueled (and doused me in gas) and drove off into the night toward Crow Agency, MT along a two lane highway through the middle of nowhere in the most intense lightning storm either of us had ever witnessed.

When we left Belle Fourche, SD, I asked Jordan how far away he thought the lightning storm was. He said 30 miles. I agreed. It turns out that it was well over 100 miles away. The storm was gigantic and awe inspiring. I doubt I’ll ever forget it.

I’ll also likely never forget the sheer terror that drive induced. Jordan took first shift overnight (as I had driven all day and was already tired) along the most animal-infested road I’ve ever seen. I must’ve seen half a dozen deer and twenty other critters along that highway. I was sure we were going to take out a deer and wreck the car in an intense rain storm, but by no small miracle, we made it out.

The same can’t be said for a car we encountered along the way. Being scouts, we saw a car in the ditch with its airbags deployed and we immediately stopped and tried to help. The car had been abandoned after striking a horse in the middle of the highway at 2am. The front end of the car had been absolutely demolished, but the occupants survived with no major injuries from what we heard from a grumpy highway patrolman.

After switching off two or three more times and successfully sleeping for about 40 minutes, we pulled into Bozeman’s Walmart parking lot at about 4am and passed out for an hour. We had secured an early check in at a hotel, but it was far too early to use that, so we killed some time. More on that tomorrow…